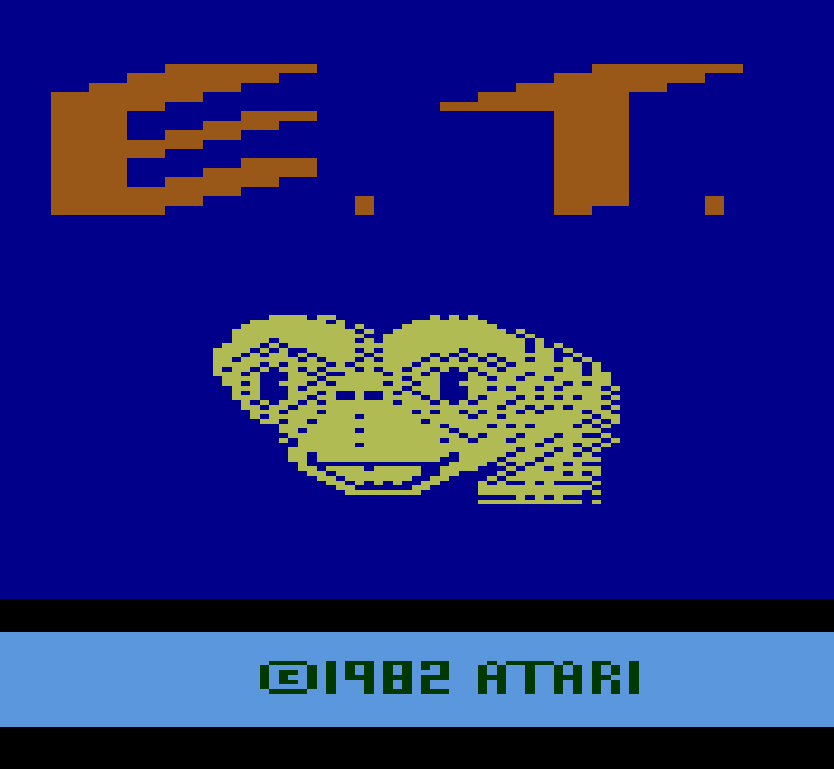 E.T.: The Extra-Terrestrial on the Atari 2600 is famously known as the catalyst that caused the Video Game Crash of 1983. The game is notorious for its frustrating gameplay and confusing objectives. Despite the legend, the game is actually not that bad. The set created by multonic and Keltron3030 does a fantastic job introducing the basics of the game while also discovering Easter eggs and a presenting a few challenges. This guide will explain the objectives and how to work around the most frustrating aspects of the game.

Even though every achievement can be earned in one playthrough, I recommend playing your first playthrough on game type 3 to learn the basics of the game. The 3 game type settings are set by pressing the Select button on the title screen:

Press Select until Game Type 3 is selected, and then press Fire to start!

E.T. will land in the forest and begin his adventure on Earth. The playing field comprised of 6 areas arranged like a cube. The forest you begin in is at the top of the cube. The bottom of the cube has a city with the FBI Headquarters, the science lab, and Eliott’s house. The remaining 4 areas are where most of the game takes place. These areas are littered with holes which contain the phone pieces you need to collect.

The number at the bottom of the screen is his health. If this runs out to 0, Elliot will come revive E.T. at the cost of 1 life. At the top of the screen you will see a symbol that indicates which action E.T. can perform on the screen. Actions can be performed by holding the Fire button to stretch E.T.’s head.

Fast Travel (1) Use the ‘Teleport’ ability to skip to the next screen.

This ability will teleport you to the next screen indicated by the arrow. Useful for getting away from an enemy quickly, but can also be disorienting.

Eat Some Candy (1) Use the ‘Eat Candy’ ability to regain some health.

Recover some health by eating a piece of candy. Must have a Reese’s Pieces in your inventory to activate.

Call Elliot (1) Use the ‘Scream’ ability to call Elliot.

Calls Elliot to the screen. Will not work if another NPC is on the screen, but Elliot will come after a screen transition.

Detect a Piece of the Phone (1) Use the ‘Phone Detect’ ability and have it successfully locate a piece.

Displays a yellow flash on a hole if a piece of the phone is present on the screen. This ability is key to winning!

Send Bad Guys Back to City (1) Use the ‘Go Back to City’ ability to scare away any bad guys.

Sends the FBI agent or the scientist back to their building. Note: This achievement may only unlock in Game Type 1 or 2.

While exploring, you will notice several holes that send E.T. to the bottom of a well.

If you fall into a well, get used to it. You will be doing this quite a lot. You can escape from a well by holding the fire button. E.T. will extend his neck and float upwards to safety. Once you are out, move left or right away from the hole to find a safe place to land. NOTE: If you go up or down, you may fall back into the hole. Moving left or right is your best bet.

Hitting the bottom of the well will cost more health than just falling into it. With good timing, you can stop falling by holding the Fire button before you reach the bottom. This strategy will be key to one of the challenge achievements.

A random well will contain a wilted flower at the bottom. 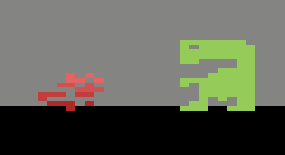 If you are lucky enough to come across one, use the Fire button next to it to heal the flower and earn an extra life!

You can collect up to 9 of these at a time. They will also respawn up to a certain number per game. They can be used to recover health or given to Elliot for extra points. Be sure to pick these up as you will explore, as they will unlock the following achievements:

Give Elliot Some Candy (2) Call Elliot and give him some of your candy.

Your next objective is to find 3 phone pieces that can be used to “Phone Home”. These phone pieces are at the bottom of random wells. Explore each area until you find a ? action. Press Fire to detect any phone pieces on the screen. If a well flashes yellow, drop into the well to retrieve that phone piece.

Finding all 3 pieces will unlock these following achievements:

Complete the Phone (3) Collect all 3 pieces of the phone.

You can also exchange 9 pieces of candy for a piece of the phone by calling Eliot. Doing so will unlock the following achievement:

Exchange Candy for Phone (5) While carrying 9 pieces of candy exchange them with Elliot for a piece of the phone.

Once you have all 3 pieces of the phone, it’s time to phone home. Explore the area until you find the following symbol that looks like a Space Invader

Pressing the Fire button will call the alien ship to Earth. A timer will appear in the top right corner of the screen and unlock an achievement:

Call for the Rescue Ship (5) Use the ‘Phone Home’ ability while carrying all 3 pieces of the phone.

Once the timer begins, you must return to the forest at the top of the map. Once there, look for the stand in the area with the extraction point symbol. The timer will expire and a new shorter timer will begin. If you are standing in the extraction zone when the short timer runs out, you win!

Meet at the Extraction Point (5) Make it to the landing pad before the rescue ship timer expires.

After completing the game on Game Type 3, it’s time to move to the standard difficulty (Game Type 1). The objective is the same in this game type, but there are two new enemies added to the mix for an extra challenge. The NPCs will relentlessly chase E.T. around the map and can even cross over wells without falling into them. Both NPCs can be sent away by using the ‘Go Back to City’ ability. They will need to travel all the way back to the town before they can come after you again. Only one enemy can be on the screen at a time, but keep in mind that the other enemy may show up soon after the first leaves the screen. 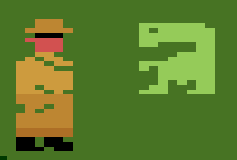 If the FBI Agent catches you, he will steal a piece of your phone and any Reese’s Pieces in your possession. This is by far the worst of the two enemies since he will set you back on your quest. Try to avoid him at all costs. 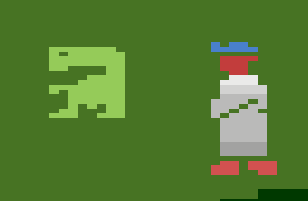 If the scientist catches you, he will drag E.T. back to the laboratory in the city area. You can escape from him by wiggling the joystick, though it does not always work. Mostly, this enemy is just a nuisance.

Complete the game with these additional enemies to unlock the following achievement:

Despite the game being rushed, they developers did manage to sneak in a few Easter eggs. These Easter eggs are all unlocked using the same method described in the achievement, but require 3 consecutive playthroughs to unlock. Note: I would highly recommended earning these achievements on Game Type 3 so you do not need to deal with the pesky FBI agent stealing your phone pieces. Press Select on the title screen to change game types.

Yars Revenge Easter Egg (1) Give Elliot exactly 7 pieces of candy, collect all 3 pieces of the phone, then revive the flower

The remaining achievements are challenges that need to be earned on Game Type 1. Once you are familiar with the gameplay, try going for these to clean up the set!

When falling down a well, use the Fire button to start hovering before you reach the bottom. This will significantly reduce the amount of damage you take. If there is a phone piece in the well, you can safely glide down to pick it up. Additionally, you can spend any candy you find on recovering health.

Outsmart the FBI (25) Win without the FBI ever stealing any part of your phone.

Both of these achievements will require some practice. Don’t forget to use the “Send back to city” ability to get them out of the way. The hardest part is waiting for the mothership at the end. The forest area always has a “Send back to city” tile, which can help a lot. Scout out this and the landing zone tiles before calling the ship so that you are prepared.

This is the most difficult achievement of the set, but it is more of an endurance achievement rather than a true challenge. You can use the same well repeatedly to grind out the necessary well count. In order to maintain your health levels, you must use the hover trick to float out of the wells before hitting the ground. Simply hold the Fire button after you fall into the well to rise back up to the top. Since this achievement must be earned on Game Type 1, it may be beneficial to grind out the well count when the FBI Agent or Scientist is stuck at the bottom of the screen after you send them back to the city. There’s no way to guarantee this happens, so be sure to keep an eye out for it when searching for the phone pieces!